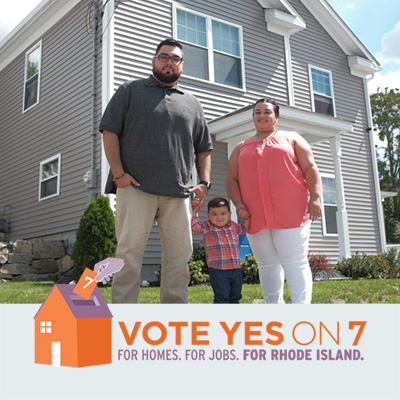 Issue: During the 2016 General Election, Rhode Island voters were presented with a $50 million Housing Opportunity bond referendum (Question 7) for the construction of affordable housing across the state, and to help municipalities revitalize blighted and foreclosed properties. The state’s housing organizations united to form a Question 7 coalition, and engaged Advocacy Solutions and William A. Farrell & Associates to run a state-wide public affairs campaign, with key media and voter outreach strategies, to win the its passage.

Campaign: Our team developed and executed a three-month statewide campaign that tapped into the inspiring stories of individuals, employers, and families who benefitted from the state’s previously passed affordable bond, and demonstrate the overwhelming need to invest in more housing. The campaign included:

Result: Question 7 passed with 58% statewide voter approval, including local passage in every urban core district and community prioritized by our campaign.